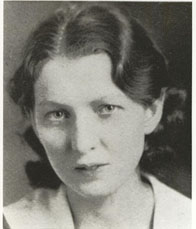 Playwright born in Anatone, Washington, 1910, died near Williams Lake, British Columbia, 1984 (where she had lived since 1953). Her father was a teacher in small community schools in southern Alberta. In 1926, the family moved to Montana and, in highschool, she acted in plays.

Ringwood graduated from the University of Alberta with an Honours English degree, working part time as a secretary for the Department of Extension's director of drama, Elizabeth Sterling Haynes, and then working at the Banff Centre for the Arts as registrar. It was in Banff that she wrote her first play, The Dragons of Kent in 1935. In 1938, while studying playwriting in North Carolina, Ringwood created the spooky one-act masterpiece Still Stands the House (premiered in North Carolina), one of the most frequently performed plays in the history of Canadian theatre. In 1939 the play won at the Dominion Drama Festival). She returned to Alberta in 1939 and was director of dramatics at the University of Alberta. In that same year she married John Brian Ringwood and they subsequently had four children.

Ringwood also wrote frequently for radio. She and Elsie Park Gowan were approached by CKUA to write a series of history plays, in order to reach an isolated Alberta audience with little opportunity for further education. The series, entitled "New Lamps for Old", featured the "great names" in history -- Socrates, Beethoven, Cromwell, Florence Nightingale, but focused more on their social and personal lives than on their heroic achievements.

While in Edmonton during the war, she received a grant from Robert Gard of the Alberta Folklore and Local History Project to write Alberta folk plays: Jack the Joker (Banff 1944), about the life of the colourful Calgary newspaper editor, Bob Edwards; The Rainmaker (Banff 1945), set in Medicine Hat during the drought of 1921; and Stampede (University of Alberta 1946), about the Black cowboy and rancher, "Nigger John". Her other plays include the satiric comedy about miserliness, Widger's Way (University of Alberta 1952); children's plays The Sleeping Beauty (Cariboo Indian School, Williams Lake, British Columbia, 1965), and The Golden Goose (Cariboo Indian School 1973); and a trilogy entitled Drum Song about the tragic lives of Native women based on Euripides' Greek tragedies (University of Victoria 1982). Her popular comedy, Garage Sale premiered at the New Play Centre - now Playwrights Theatre Centre in 1981).

Like Gowan, Ringwood also wrote historical pageants to celebrate community anniversaries: an Edmonton pageant on Methodist missionary John McDougall and chief Maskapetoon to commemorate the 70th anniversary of the Methodist Church in 1940; Look Behind You Neighbour, with music by Chet Lambertson, for the 50th anniversary of Edson, Alberta in 1961; and The Road Runs North, commissioned for the Williams Lake centennial in 1967.

In 1941 she received the Governor General's Medal for outstanding service in the development of Canadian drama, and in 1982 published the first volume of her plays, becoming the first Canadian playwright to become anthologized. The theatre in Williams Lake is named in her honour, and an award for drama, given by the Alberta Writers Guild, is named for her.