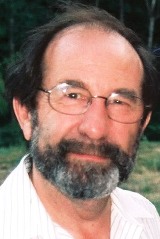 Director, screen-writer and instructor, born in Coventry England and educated at St. Mary's College, London and the University of Alberta, Edmonton. Keith Digby has worked in theatres across Canada, including a season at the Stratford Festival, Ontario, as assistant director to Jean Gascon. While in Edmonton, he worked with John Neville at the Citadel Theatre.

He was Artistic Director of Theatre 3 from 1978 to its bankruptcy in 1981. During this time he directed many of its productions including the works of Warren Graves and the world premiere of Sharon Pollock's Blood Relations.

For ten years, he was Director of Fine and Performing Arts at Brentwood College on Vancouver Island. He continues to teach screenwriting through West Coast Screenwriting, the company he co-owned with Brian Paisley.