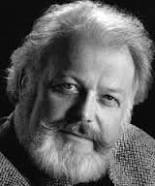 Actor, director, and writer with Falstaffian talent, Leon Pownall was born April 26, 1943 in Wrexham, Wales, and moved to Hamilton, Ontario with his family in 1957. He died June 2, 2006 in Stratford, Ontario of cancer at the age of 63.

During the 1960s, he performed regularly at the Stratford Festival, moving from minor to major roles, including Henry V (1966) and Laertes (1969).

After relocating to British Columbia, Pownall taught drama at the Matsqui Penitentiary in Abbotsford, was artistic director of the White Rock Summer Theatre, and artist-in-residence at the University of British Columbia. In 1986, he returned to Stratford to play Henry VIII. His later Stratford roles included Claudius in Hamlet; Long John Silver in Treasure Island (1991); and Mark Antony in Antony and Cleopatra (1993). In 1992, he was associate artistic director at Stratford.

For thirty years, he performed in major theatres across Canada in a wide range of roles, including: Uncle Vanya and Orgon in Tartuffe (Atlantic Theatre Festival); Brabantio in Othello (National Arts Centre/Citadel Theatre) in 1998; the rich and wily entrepreneur Tom Sergeant in Skylight by David Hare (Manitoba Theatre Centre, 1998, and NAC/Citadel,1999).

He has performed in over two dozen CBC radio dramas, including Len Petersons classic Burlap Bags, a live broadcast celebrating the CBCs 75 anniversary.

Pownall wrote and performed a one man play, Do Not Go Gentle, about Dylan Thomas, which was part of the Stratford Studio Theatre's inaugural season in 2002. It was previously produced by the CBC for radio (dir. Bill Howell) in 2000.

His many diverse directing credits include: Romeo and Juliet, Sleuth, Oh, What A Lovely War, The Odd Couple, Threepenny Opera, The Homecoming, The Caretaker, and Diary of a Scoundrel.

Pownall was nominated for a Gemini Award for the role of Dr. Ewan Cameron in the 1998 Canadian television mini-series The Sleep Room. He also appeared in television series such as The Beachcombers, Street Legal, Wiseguy, and Slings & Arrows.

He was artist-in-residence at two universities, a founding member of three theatres, and artistic director of four theatres.