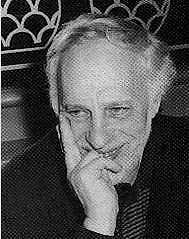 Playwright born Robert Gyurik in Paris, France, November 16, 1932. His parents were Hungarian Jews, who emigrated to Canada in 1951. Gurik studied mechanical engineering, and was employed by the Canadian Pacific Railway. Travelling across Canada, he discovered that Quebec and the rest of Canada had nothing in common except money, beer, and ignorance of each other. He was drawn to the theatre by his wife, Renée Noiseaux (d. Sept 2019), a set and costume designer.

Gurik was a fundamental part of the theatre of the Quebec Nationalist movement during the 1960s and 70s, inspired by the works of Bertolt Brecht. He believed that Quebec theatre should reclaim the social function of Greek theatre as a public space to discuss the affairs of state and the world. He has written twenty plays, which have been translated in several languages: English, Italian, Greek, Dutch, Czech, Armenian, Portuguese and Arabic. The form of his works has varied widely from the quasi-surreal (Le Procès de Jean-Baptiste M., 1972, Théâtre du Nouveau Monde) to satire (Le Chant du poète, 1963) to science-fiction (Api 2967, 1966, Théâtre de la Mandragore) to political fable (Le Pendu, 1967).

Gurik was very active in the amateur theatre movement, serving on the board of the Association canadienne du théâtre amateur. He was also a founder of the Centre des auteurs dramatiques.

His autobiography, Gyurik en trois actes was published in 2015. He lives in Montreal.