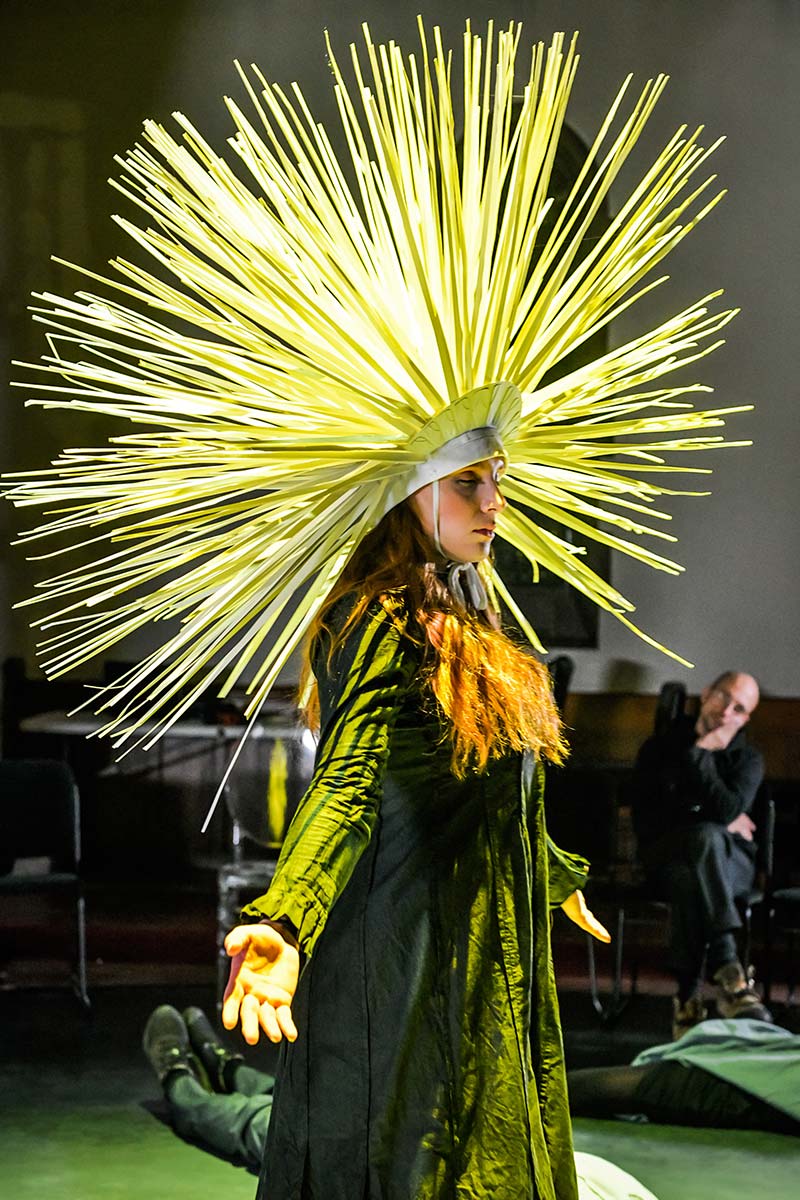 All Flesh is Grass. Photo by Maxime Côté.

Alternative and experimental theatre company, founded in Montreal, Quebec in 1991, by Stacey Christodoulou and Laura Raboud. The Other Theatre has earned a solid reputation for its transgressive and deconstructive approach to material from various media, and performs in both French and English.

Its long-term goal is to create an ensemble of actors devoted to physical, experimental creation, and its productions have a strong dance/movement element. The process of creating a work takes a minimum of two months.

The Other Theatre has played in a number of found spaces, but also at Espace Libre, in the Festival de Théâtre des Amériques (now Festival TransAmériques ), and the Montreal Fringe (see Fringe Movement).

Artists who have worked with the Company include France Rolland and Eo Sharp. The current Artistic Director is Stacey Christodoulou.