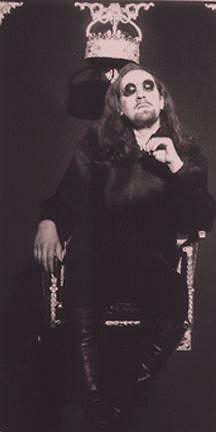 Biannual festival held in Toronto, Ontario, at the Harbourfront Centre, founded in 1986.

The Festival brought together productions from across the country and around the world. From Canada, two artists, in particular, were regulars: Robert Lepage and Gilles Maheu (Carbone 14).

The 2000 edition of the Festival included another work by Lepage, Soulpepper Theatre Company's The Mill on the Floss, Michel Tremblay's For The Pleasure of Seeing Her Again, Ronnie Burkett's Happy and Serge Boucher's Motel Hélène, along with works from Germany, England and Cuba.

Since the Federal Government legislation forbidding the sponsorship of tobacco companies (i.e., duMaurier) for cultural or sports events, the Festival re-invented itself as "World Stage", with an annual season running from September to May, and featuring national and international plays, music, dance, and interdisciplinary performance art. In 2017, the Festival was reduced to a three weeks, reprising past performances.