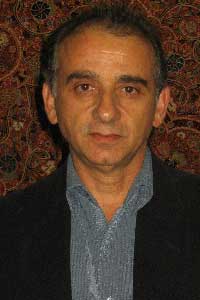 Playwright and director, Arthur Milner was born in Frankfurt, West Germany in 1950, the son of Jewish refugees from Poland. In 1951, he migrated with his parents to Montreal, where his father, an active Zionist, was president of the local synagogue. He has lived in the Ottawa region since 1971, and has a long association with the Great Canadian Theatre Company (GCTC) where he was resident playwright (1978-1991) and Artistic Director (1991-1995).

Milner's play, Facts, premiered at The Great Canadian Theatre Company, in co-production with New Theatre of Ottawa, in 2010. Facts toured the West Bank and Israel in an Arabic translation in September 2012. In 2013, Finborough Theatre in London, England produced Facts to critical acclaim; and in 2014, it was produced in Istanbul, Turkey. The play is based on real events: A prominent American archaeologist working in the West Bank is found murdered. "Two detectives  one Israeli, one Palestinian  must put aside their differences to find the killer and negotiate the dangerous boundaries between facts and faith" (Finborough website). It is published in Double Exposure: Plays of the Jewish and Palestinian Diasporas (ed. Stephen Orlov and Samah Sabawi, Playwrights Canada Press, 2016).

From November 11 to 15, 2015, The Room Temperature Collective, in association with the Centre for Drama, Theatre and Performance Studies at the University of Toronto, presented Milner's Getting to Room Temperature (dir. Milner), which considers the process of aging and dying, and the right to doctor-assisted suicide, based on the Milner's experience of his own mother's final days. Getting to Room Temperature received its official premiere at the Undercurrents Festival in Ottawa in February 2016. The play toured British Columbia in March 2017.

Arthur Milner has worked as a dramaturg for the Banff Centre for the Arts, Manitoba Association of Playwrights, and Playwrights' Workshop Montreal. He has taught playwriting at Concordia University and the history of Modern Drama at Carleton University. He is a past president of the Professional Association of Canadian Theatres, and is an editor of Inroads, The Canadian Journal of Opinion.