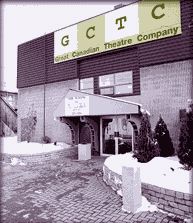 The GCTC first performed at the university, then at the Old Firehall (now the Ottawa South Community Centre) and from 1982 in a converted truck garage on Gladstone Avenue. In 2007 it relocated to the newly constructed Greenberg Theatre Centre in the community of Hintonburg. The environmentally responsible complex includes a 262-seat theatre, a residential tower, a bar and coffee shop, and an art gallery. 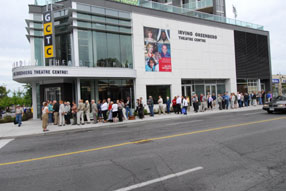 The company's mandate is to foster, produce and promote excellent theatre that provokes examination of Canadian life and [Canadians'] place in the world. GCTC is committed to the production of new Canadian work through a play development program, each season commissioning emerging and established playwrights and workshopping new plays. They also operate The Playwrights Unit, which gives playwrights the opportunity to work with a dramaturge.

GCTC has produced word premieres of over sixty plays, including Sandinista!(1982), a collective creation based on the Nicaraguan revolution. In 1994-95, it produced an entire season of new plays, and in the 1997-98 season it produced only plays by or about women. 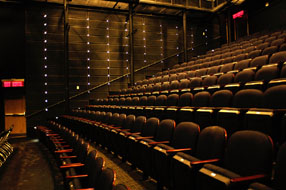 The 2003-04 season included Unity 1918 by Kevin Kerr, Me, Dad & the 100 Boyfriends written and performed by Cathy Jones, Marion Bridge by Daniel MacIvor, and Inexpressible Island by David Young. For the 2011-12 season, GCTC produced East of Berlin by Hannah Moscovitch, and The Girl Who Wants to Fly by John Gray. The 2012-13 season included The Edward Curtis Project by Marie Clements. In 2015-16, GCTC produced Generous by Michael Healey, and in 2016-17, it produced The Gravitational Pull of Bernice Trimble by Beth Graham. Trey Anthonys How Black Mothers Say I Love You premiered in March 2018. The 2018-19 season included The Virgin Trial by Kate Hennig; The Drowning Girls by Beth Graham, Charlie Tomlinson, and Daniela Vlaskalic; Bed & Breakfast by Mark Crawford; and world premieres of Behaviour by Darrah Teitel and, and LO (Or Dear Mr. Wells) by Rose Napoli.

In November, 2001, the company won the award for best production for Kilt - from the Capital Critics Circle.