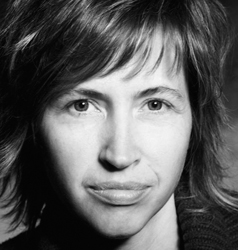 Director for theatre and opera, born in Edmonton Alberta and raised in New York. She has a Bachelor of Music in performance from the Manhattan School of Music, where she studied clarinet. In 1998, she graduated from the University of Toronto with a B.A. in drama, and she also has an MFA in Directing from the University of Alberta.

The operas she has directed include Ines- a contemporary Fado opera (Queen of Puddings Music Theatre), The Rape of Lucretia (University of Toronto), LEnfant e les Sortilèges, The Magic Flute, The Turn of the Screw, and A Midsummer Nights Dream (Royal Conservatory of Music).

For her own company, Theatre Extasis, she has adapted and created Not Faust, History Play, Shes Gone Away, a solo dance piece, with choreographer Susanna Hood, and That Time  Five Beckett Shorts, which was nominated for eight Dora Awards, and won four, including best director and production. Her original theatre piece, What Makes a Man, based on the songs of Charles Aznavour, opens at Canadian Stage in 2014.

She has taught and directed for the Royal Conservatory of Music, the University of Toronto, the National Theatre School of Canada, X University, George Brown College, Sheridan College, York University, and Ryerson University.

In 2006, she was awarded the Pauline McGibbon Award for an emerging artist with a unique talent, and for her innovative work with classical texts. In 2010, she was nominated for the Siminovitch Prize in Theatre.

She has one son with her partner Liz Upchurch.