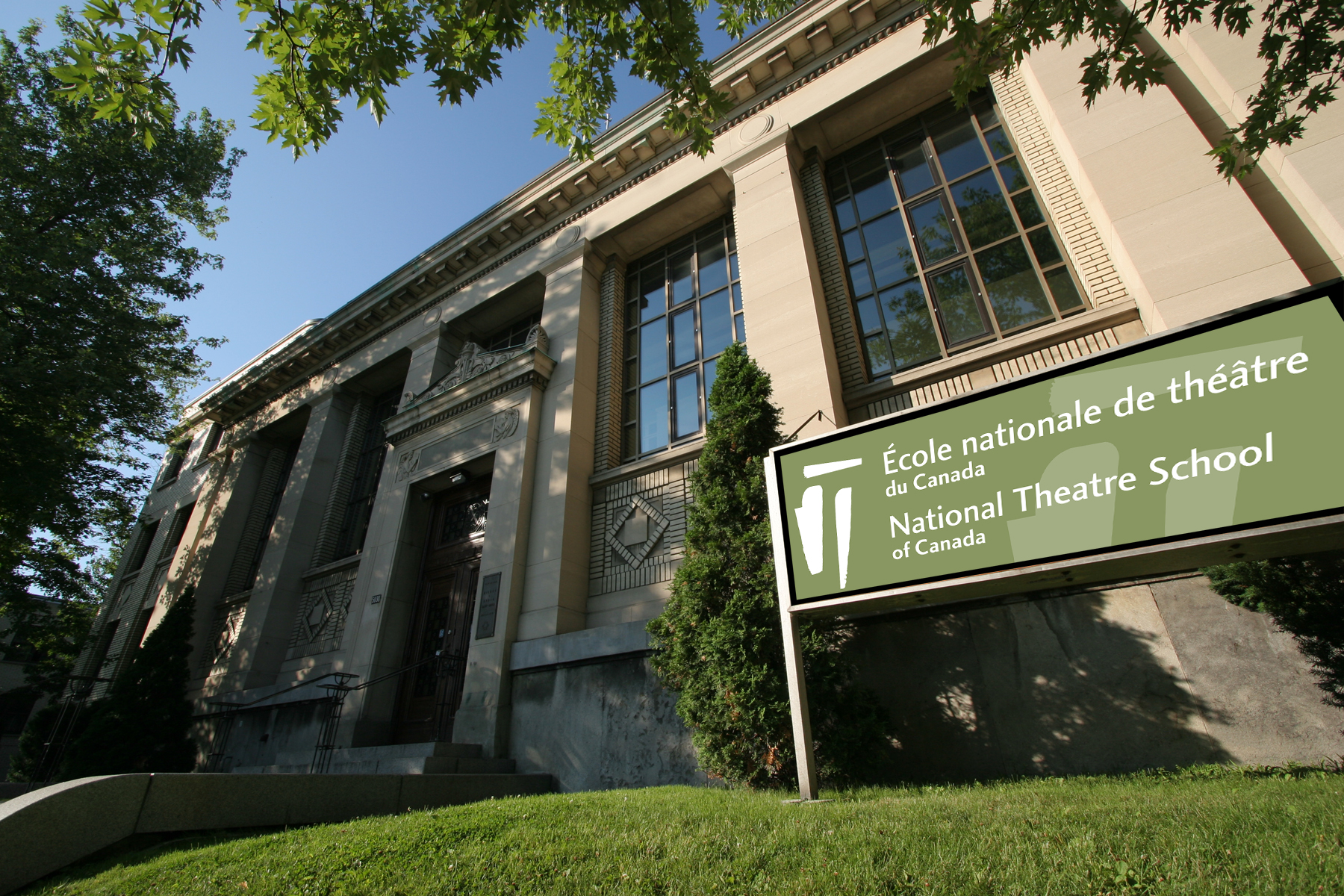 The National Theatre School of Canada (NTS) is one of the few conservatory-type arts training establishments in the world that unites all the theatre disciplines under one roof. Established in 1960 and located in Montreal, Quebec the School offers training in acting, playwriting, directing, set and costume design, and production  in both English and French. Powys Thomas and Jean Gascon were its first directors; Michel Saint-Denis acted as consultant and senior advisor.

The NTS is a private, non-profit institution. It is funded mainly through government grants, but also counts on a portion of the revenue generated by its own activities, including its fundraising campaigns. Under the patronage of a volunteer board of fifty governors representing every province in Canada, it is headed by two artistic directors, Alisa Palmer, English Section and Frédéric Dubois, French Section, with Gideon Arthurs as CEO. NTS determines its own training programs and management strategies.

The School focuses its training on practical experience and the interdependence that exists naturally among the different elements constituting a theatrical production. Students work hand in hand with their colleagues in the other training programs thereby developing a keener knowledge of, and respect for, all the artists and artisans implicated in the making of theatre. All classes and performances take place at both the School and its public performance venue, the Monument National  an impressive multi-level heritage building with three different theatre spaces and a rehearsal hall.

Some 160 persons make up the Schools student body receiving in large part individualized training (there is a maximum of twelve students per class). Daily contacts with a constantly changing pool of close to two hundred artists, including directors, producers, technicians, designers, playwrights, actors and voice coaches, help them form privileged relationships with the prime movers shaping todays theatre. This explains why most NTS graduates enter their field so successfully upon graduation.

In its selection of teachers and students, the NTS seeks out artists who demonstrate exceptional creativity, autonomy, talent, dedication, discipline, curiosity, sensitivity, generosity, integrity and vision. Applicants must have completed high school and be at least 18 years old. The application deadline is February 15 and there is no quota based on region. Interviews and auditions are held at major centres across the country in May and April. Of approximately twelve hundred applicants per year, some sixty are chosen.

The Suicide by Nikolai Erdman, translated by John Freedman, Directed by Alexandre Marine at the Monument-National in 2007 Photo: Maxime Côté