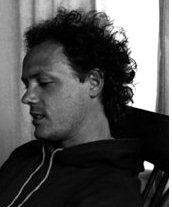 Playwright and screenwriter born in Lethbridge, Alberta in 1956, who came to international attention when his environmental work, Tamara, was staged in Los Angeles, New York and, in 1998, Lisbon, Portugal. Its Toronto production (directed by Richard Rose) won him a Dora Mavor Moore Award in 1982.

John Krizanc has also written Prague (Tarragon Theatre, 1984, directed by Richard Rose) and The Half of It (Canadian Stage, 1989, Rose), the former garnering him a Chalmers Award and the Governor Generals Award.

He has also written scripts for the TV series Due South, and for the telefilm, H20 (The Last Prime Minister) with Paul Gross.

Krizanc's plays are marked by his explorations not only of structure and space but also of the role of the artist.