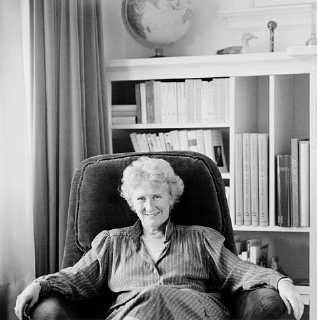 The character of La Sagouine/The Washerwoman, first appeared in Maillet's Les Crasseux in 1966. The play began as sixteen short monologues on Radio-Canada in Moncton and was assembled as a play in 1970. In July of 1971, the book was published by Les Editions Leméac, and Viola Léger performed some of the speeches at the book launch. The play itself then took off. Léger performed in over fifty localities (including at the Dominion Drama Festival) scoring one success after another. The play would officially premiere at the Théâtre du Rideau Vert March 8, 1972 directed by Eugène Gallant. It has since been performed in English by Viola Léger and also by Joan Orenstein.

It is the quintessential Acadian play in language, humour and content. As she scrubs the floor, the 72-year-old Acadian woman speaks of all the things that concern her, and the injustices she has suffered as the impoverished wife and daughter of fisherman, and a prostitute when sailors were in port. After talking to a census-taker she confronts the question of her identity: Is she Canadian? French-Canadian? What is she? La Sagouine is a social critique, but also an hilarious, complicitous comedy as well. It is a beloved and well-remembered work for all the right reasons. Léger was magnificent in the role.