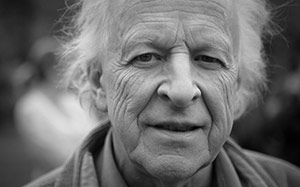 Quebec-based actor/playwright/director who has had a magnificent career in film and television as well as on stage since 1963.

Marcel Sabourin was born in Montreal in 1935, an only child, and studied philosophy at College Sainte Marie before turning to theatre. He continued his theatre studies with Bill Greaves at Théâtre du Nouveau Monde, and in clowning with Jacques Le Coq in Paris. He acted with the itinerant theatre troupe, La Roulotte in the parks of Montreal, and has been active in theatre ever since.

In 1954, he co-founded the Compagnie de Montréal. He has performed at the Théâtre de L'Égrégore among others, and directed at numerous theatres, including Théâtre-Club. He has also taught at the National Theatre School of Canada.

He has acted in fifty films, and thirty television series, including the role of the mad scientist, Professor Mandibule in the Radio-Canada children's program La ribouldingue in the 1960s, which marked the youth of a generation of Quebec children. He has also written song lyrics with a flair for Quebecois idiom.

Marcel Sabourin's performances are marked by his rich voice, his exuberance, and a particular talent for portraying heavies.

He has received numerous awards and nominations for acting and directing. In 2019 he was made an Officer of the Order of Canada.

A book on his life and career, Marcel Sabourin, tout écartillé by Robert Blondin was published by Archambault in 2018.