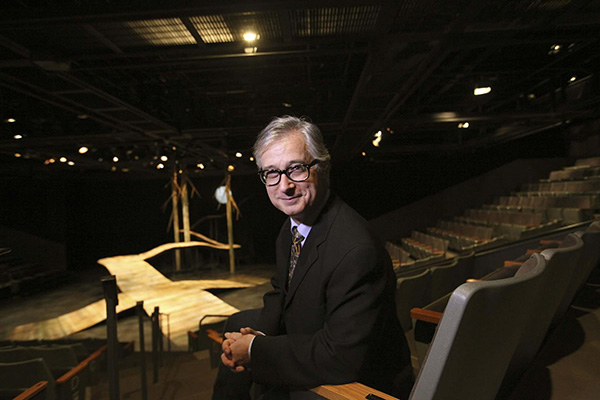 Artistic Director of Prairie Theatre Exchange for fifteen years, from 2003 to 2018, the longest-serving AD of that Company. Robert Metcalfe studied theatre at Studio 58 Langara College in Vancouver from 1977 to 1980, and was AD of Sunshine Theatre Company, a professional summer theatre in Kelowna, from 2001-2005. For PTE, he has directed two dozen plays, including The Dishwashers (2013) and Vigil (2014) by Morris Panych; The Gravitational Pull of Bernice Trimble by Beth Graham (2016); The Flats by Winnipeg playwright Ginny Collins, in a bilingual world premiere with Théâtre Cercle Molière (2017).

Metcalfe was presented with the Queen Elizabeth II Diamond Jubilee Medal in recognition of his outreach to the community with made-in-Manitoba plays and his valuable contributions to Winnipegs theatre and performing arts community, particularly as Artistic Director of PTE.

He was also honoured with the Bra D'Or (Golden Bra) award, given annually by the Playwrights Guild of Canadas Womens Caucus for his support of female playwrights, having produced fifteen plays by women playwrights in the last six years of his tenure at PTE.

Metcalfe believes that by telling stories in an intimate and honest way, the foundation of the community is strengthened. Theatre that provides a shared experience and a deeper understanding of what it is to be human can help foster tolerance (PTE website).

He currently lives in Vancouver with his wife, Miriam Smith.