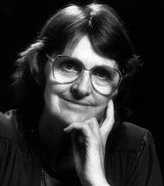 Alberta-based playwright, novelist, and short story writer. For many years she was Director of Writing at the Banff Centre for the Arts. She was born in Bradford, England, in 1929 and immigrated to Canada in 1957.

She has written many plays for BBC and CBC radio, including a moving work based on the Inuit myth of Sedna called Inukshuk; and has taught English to Inuit teachers in the Arctic.

She has four children.