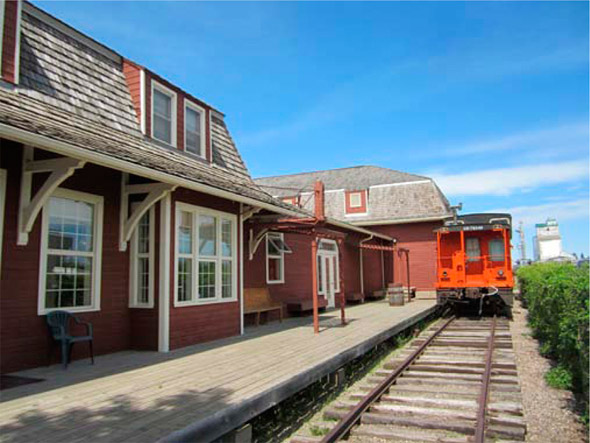 Founded in 1990 as a multi-use arts centre in a renovated 1902 Canadian National Railway station in Rosthern Saskatchewan, the Station Arts Centre runs workshops, a summer theatre, concerts, and hosts literary and visual arts in the community. It includes a 160-seat theatre, a tea room, and an art gallery.

Its opening performance was Harvest Moon by Rod MacIntyre, with a mix of professional and amateur actors; since 2003, it has hired professional directors, actors, and stage management.

Audiences of about 1200 come in the summer from across Saskatchewan and Canada, including bus tours.

Summer productions at the Station generally have a rural theme or reflect on rural life, including Quiet in the Land by Anne Chislett (2001, directed by Stephen Heatley); and The Drawer Boy by Michael Healey. In 2010, the theatre produced Katherine Kollers The Seed Savers (dir. Michael Clark), a challenging play about a farmers struggle against genetically altered canola. In 2012, the featured work was Jake and the Kid by W.O. Mitchell, adapted for the stage by Conni Massing.