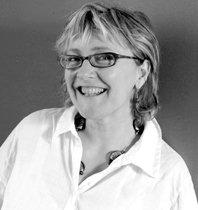 Playwright and screenwriter, born in 1958, grew up in Ponoka Alberta, and lives in Edmonton. She studied at the University of Alberta and now teaches playwrighting and screenwriting in the Department of Drama.

She has been writer-in-residence for Theatre Network (1988-92), Playwrights' Workshop Montreal (1994), National Theatre School of Canada (1995), and the Edmonton Public Library.

Conni Massing's plays are characterized by a sense of the absurd and quirky humour, an ironic consideration of contemporary dysfunctional family life, and a keen ear for colloquial and witty dialogue. The Aberhart Summer is published by NeWest Press (1999), and Homesick and The Myth of Summer are published in Conni Massing: Two Plays (Playwrights Canada P, 2008). Gravel Run is published in The Alberta Advantage: An Anthology of Plays, Playwrights Canada P, 2008, ed. Anne Nothof.

Her plays have received Betty Mitchell and Elizabeth Sterling Haynes Awards (Sterling Awards), and she was awarded a Queen's Jubilee Medal for contribution to the arts. She is past president of the Playwrights Guild of Canada. In 2020, she is Writer-in-Residence at the Strathcona County Library, Fort Saskatchewan Library, and St. Albert Library.

Massing has been series story editor and/or writer for TV, including The Beat, North of 60, The Adventures of Shirley Holmes, Taking It Off, Family Restaurant, and Mentors. Recent film projects include Invisible, co-written with and directed by Neil Grahn.

Road Tripping: On the Move with the Buffalo Gals, an hilarious account of travelling the rural roads of Alberta with a group of friends for a weekend every summer, was published by Brindle and Glass in 2010.