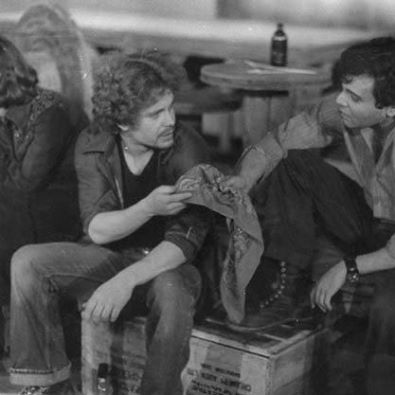 Country and western opera in three acts by Ken Mitchell with music by the bluegrass group, Humphrey and the Dumptrucks. It premiered at the Mendel Art Gallery in Saskatoon by Persephone Theatre in 1975, directed by Brian Richmond, and featuring Winston Reckert, David Stein, John Wright, Anne and Janet Wright, and subsequently played across the country on national tour including at Centaur Theatre in 1977.

With utterly theatrical flights of imagination, this musical adaptation of Shakespeare's Othello enters the world of Saskatchewan truck drivers. The title derives from the line spoken by Othello, "I must weep, But they are cruel tears" (Act V).