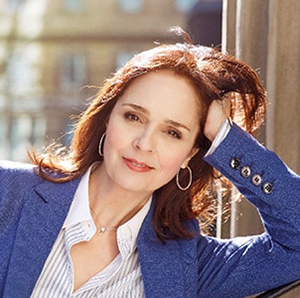 "Triple-threat" actor born in Toronto, Ontario in 1960 as Cynthia Ciurluini. Cynthia Dale is well-known for her film and television work (CBC's Street Legal), and for her versatile performances in musical theatre at the Stratford Festival.

Cynthia Dale began performing at age five in a production of the Finian's Rainbow at the Royal Alexandra Theatre. In 1987, she received a Dora Mavor Moore Award for her performance in Pal Joey (Tarragon Theatre). She has also performed in New York, notably in a production of John Krizanc's Tamara.

Though she performed there in 1983 (chorus for The Mikado and The Gondoliers), she began to appear in the late 90s at the Stratford Festival in lead roles in musicals. Among them Camelot (1997) and Man of La Mancha (1998). She also played Bianca in the 1997 production of Taming of the Shrew; and in 1998, she took the lead role in a drama in the festival's production of William Gibson's The Miracle Worker. In 2001, she returned to the Festival in The Sound of Music. In 2002, she appeared at the Winter Garden Theatre in Syncopation and at Stratford to appear in My Fair Lady.

She is the sister of actor Jennifer Dale. She lives in Toronto with CBC newscaster Peter Mansbridge whom she married in 1998.