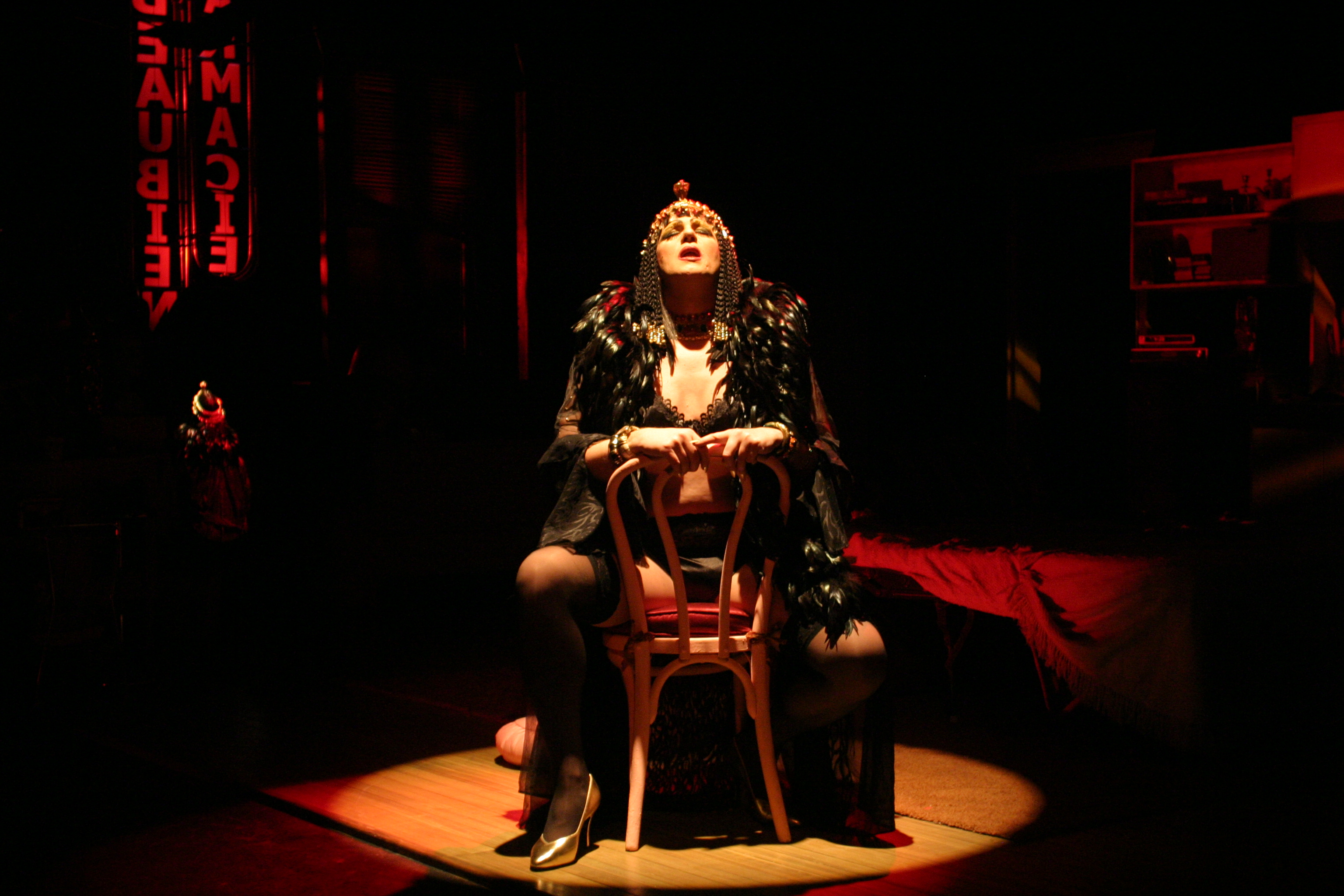 A poignant and humorous play about a gay relationship by Michel Tremblay, first performed at le Théâtre de Quat'Sous in Montreal on May 10, 1973 with Jean Archambault as Hosanna, and Gilles Renaud as Cuirette; directed by André Brassard. It was first performed in English at the Tarragon Theatre Toronto on May 15, 1974, with Richard Monette as Hosanna, and Richard Donat as Cuirette; directed by Bill Glassco, and translated by Glassco and John Van Burek.

Hosanna is one of Tremblays series of plays set on the Main in Montreal, a world of nightclubs, gay bars, prostitutes, and pimps. It is this exotic world of apparent freedom and glamour which attracts several of the characters from Les Belles-soeurs cycle of plays. However, Tremblay also sees the people of the Main as outcasts, living on the fringes of society. Despite their superficial glamour, they lead desperate lives, unsure of their identities, precarious in their relationships, struggling to survive, just like the Quebecois as a whole in terms of their minority relationship to a predominantly English Canada. They want to be happy, and they want to be somebody. As Tremblay explains in an interview:

"Hosanna is a man who always wanted to be a woman. This woman always wanted to be Elizabeth Taylor in Cleopatra. In other words, this Quebecois always wanted to be a woman who always wanted to be an English actress in an American movie about an Egyptian myth in a movie shot in Spain. In a way, that is a typically Quebecois problem. For the past 300 years we were not taught that we were people, so we were dreaming about being somebody else instead of ourselves. So Hosanna is a political play . . . In the end [Hosanna and Cuirette] drop their poses and embrace their real identity. The climax occurs when Hosanna kills Elizabeth Taylor and at the end he appears naked on the stage and says he is a man. He kills all the ghosts around him as Quebec did. We are not French but we are Quebecois living in North America!" (Stage Voices: Twelve Canadian Playwrights Talk About their Lives and Work, ed. Geraldine Anthony. Toronto: Doubleday, 1978).

Hosanna is also a play about a personal relationship and the struggle with strong feelings of love, jealousy, fear of aging and death, but most of all the reluctance to surrender illusions and the resistance to change. It is about the need for communication and understanding, and the attempt to create a meaningful reality is a world apparently devoid of meaning.

Claude has created the persona of Hosanna; Raymond the persona of Cuirette, which literally means leatherjacket. He poses as a macho biker, picking up young men in Parc Lafontaine, which represents sexual freedom and a defiance of authority.

The action takes place during one Halloween night in their apartment. Claude ritualistically prepares for a gay masquerade party, assuming the role of the glamorous Cleopatra, and mocked by Raymond for his excessive vanity. In the second act he returns to the apartment in a rage; his friends on the Main have assumed the same role, in order to puncture his pride and arrogance. Both men finally come to terms with each other, when Raymond tells Claude that he loves him as a man-as himself, without any superficial disguises or evasions.