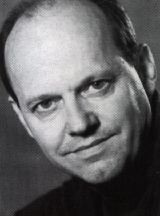 Quebec-based actor as comfortable working in English as in his mother-tongue of French.

In 1978, he scored a theatrical coup by performing the role of Hosanna in English at Festival Lennoxville. More recently, M. Archambault appeared in the bilingual production of Samuel Beckett's Endgame at Infinitheatre (directed by Sprung).

M. Archambault's performances are marked by an awesome attention to detail and complete submersion in the character he is creating.