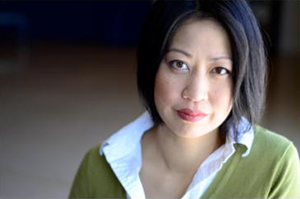 Director, producer, actor, playwright and dramaturg. Keira Loughran is a third generation Chinese-Canadian who grew up in Toronto, Ontario. She is the granddaughter of Jean Lumb, the first Chinese-Canadian woman to receive the Order of Canada, who was influential in introducing her to the performing arts as a child. She studied theatre at the University of Alberta, the only non-white person in her class, and graduated in 1996.

After moving back to Toronto, Keira acted in theatres across Canada, including Alberta Theatre Projects, Persephone Theatre, Theatre Passe Muraille and Nightwood Theatre. One of her first big breaks came at Young Peoples Theatre, where she played Nancy in Oliver, and Alice in Wonderland. She often enacts strong, independent women, as in Jean Yoon's The Yoko Ono Project, Sarah Martyn's Sheroes, and Marjorie Chan's China Doll. She first joined the acting company at the Stratford Festival in 2004. From 2005 to 2007, she was Artistic Producer of SummerWorks, and founding Artistic Director of KNow Theatre. From 2007-2018 she was part of senior management at the Stratford Festival, first in New Play Development, but perhaps most notably as the founding Associate Producer for the Forum and Laboratory from 2012-2018.

Her play, Little Dragon (co-directed with Marion de Vries), premiered at SummerWorks in 2002, and was presented in a revised version by K'Now Theatre and Theatre Passe Muraille at the Passe Muraille Mainspace in January 2005. It features a young third-generation Chinese-Canadian woman who thinks she might be the illegitimate daughter of martial arts legend Bruce Lee. In 2010, KNow Theatre produced Norman Lup-man Yeungs Pu-Erh. The two productions garnered seven Dora Mavor Moore Award nominations, winning three.

In 2014, she directed an Asian and K-pop influenced Titus Andronicus in Canadian Stages Shakespeare in High Park. For the Stratford Festival, she has directed The Aeneid (2016), The Komagata Maru Incident by Sharon Pollock (2017), The Comedy of Errors (2018), and Wendy and Peter Pan (2020) which was unfortunately cut short by the COVID pandemic, which necessitated the closure of theatres across Canada.

Keira Loughran has been nominated for two Dora Mavor Moore Awards (Outstanding New Play  Little Dragon, Outstanding Direction  Pu-Erh); and has won many awards including the N.A.A.A.P Performing Arts Award and a Guthrie from the Stratford Festival.

She lives in Stratford with her husband, Varrick Grimes, and their son and daughter. She is a third degree black belt in Aikido with over twenty-five years of training, which has significantly influenced her understanding and practice of theatre and art.