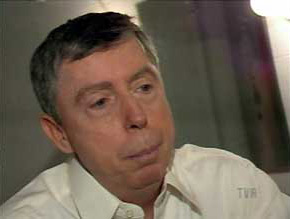 Quebec-based actor/director/writer, born August 31, 1937; died September 23, 2014 at the age of 77. Gilles Latulippe was a favourite of television audiences in the 1960s. He studied theatre with François Rozet before appearing in plays, notably the premiere of Gratien Gélinas' Bousille et les justes.

He founded and managed the populist Théâtre des Variétés (1967-2000)in Montreal. The Varietés was a cabaret/comic theatre house, and bus tours from all over the province lined up in front of the house on Papineau Street. Latulippe starred in, wrote and directed many of the works at the house.

It is impossible to overstate the impact Latulippe's style of comedy had on the Quebec cultural scene. Many would say it was an adverse one, but it was a popular and populist one as well. Though influenced by the French boulevard style, it also has an enormous physicality, superb timing, and an accent that was uniquely Québécois.

In 1998, he was named the most popular actor in Quebec by the readers of the populist tabloid Le Journal de Montréal. In the same year, he appointed his son, Olivier, as manager of the Variétés.

Latulippe also made an important contribution to Canada's theatrical history in another way: he recorded, on tape or on video, every performance staged at his theatre.

His biography, Avec un sourire, was published by Editions de l'Homme. 1998. At his passing, he was fondly remembered as "drôle, discret, et bon."