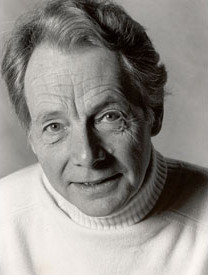 He grew up in Scotland, and studied law at Oxford, joining the Gordon Highlanders in 1939. Captured after the battle of Dunkirk, he spent five years at a prisoner-of-war camp, where he studied and directed plays, including King Lear, with a small group of prisoners. Upon his return from war, he began his theatrical career by managing repertory theatres including in Birmingham and Glasgow. During the 1950s he directed at Stratford-on-Avon and the Old Vic, including Julius Caesar with John Gielgud as Cassius.

An acolyte of Tyrone Guthrie, he was brought to the Stratford Festival first to direct and then to run the company from 1955-67. His period there was marked by his famed production of Henry V featuring the best of Canada's anglophone actors, and francophone actors from Théâtre du Nouveau Monde in the English and French roles of the play, and with Christopher Plummer as Hal. His production of King Lear was also notable, set in an early British pagan world, with a stellar cast: John Colicos as Lear, Douglas Rain as Edgar, Tony van Bridge as Kent, Frances Hyland as Regan, and Martha Henry as Cordelia. His method for directing was "painstaking analysis followed by an astonishing ... transmutation of the scene into real life happening" (Michael Bawtree, The Best Fooling).

He continued to direct in Great Britain as well as on Broadway, helmed Minneapolis' Guthrie Theatre, the Julliard School of Theatre, La Jolla Playhouse in San Diego, and the Dallas Theatre Centre.

In 1983 he returned to Stratford as a freelance director and directed there virtually every summer including productions for the young company, and Festival Theatre productions of Timon of Athens (1991) with Brian Bedford, and The Merchant of Venice among others. The last play Langham directed was his signature piece, Love's Labour's Lost at Stratford in 2008.

He was married to actor Helen Burns with whom he had one son, writer Christopher.