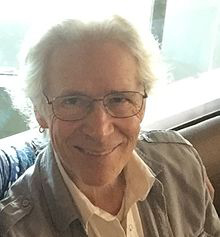 Composer, sound designer, John Mills-Cockell was born in Toronto, May 19, 1943. He studied composition and electronic music at the University of Toronto, and has been a guest composer at the National Theatre School of Canada, the University of Victoria Department of Fine Arts, and Fanshawe College. He has received various bursaries from the Canada Council, as well as the BMI award for young composers.

He has numerous credits for film scores, both dramatic features and documentaries, as well as many television shows. His most recent film score is for Exchange, a dramatic short by William Davis (November, 2002). He has many original albums including Syrinx' Long Lost Relatives, and more recently a new commissioned work, Concerto Of Deliverance released on CD in February, 2004. In 1994, he was commissioned to provide a large recorded score as part of Michael Hayden's Heaven installation in the Glasgow Museum of Modern Art.

Other experience includes composing music for dance with the National Ballet Of Canada, Royal Winnipeg Ballet and Toronto Dance Theatre. He has numerous credits for radio scores including Man & Superman produced by William Davis, Wacousta produced by Bill Howell, The Tempest produced by Henry Tarvainen, King Lear produced by John Juliani, and Marco (an original musical) by Ken Gass.

Among his numerous accolades are an award for best music score for the Canadia Film & Television Awards, and Socan's Excellence in Canadian Music Award.

He currently lives on Vancouver Island.