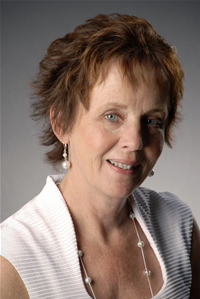 Director, playwright, actor, and theatre educator, based in Regina Saskatchewan. Ruth Smillie was Artistic Director of the Globe Theatre from 1998 to 2019, when she assumed the position of Artistic Director Emeritus. She has made a considerable contribution to theatre in the city, the province, and the country, and has consistently encouraged the development of new works, and the production of a wide range of Canadian plays.