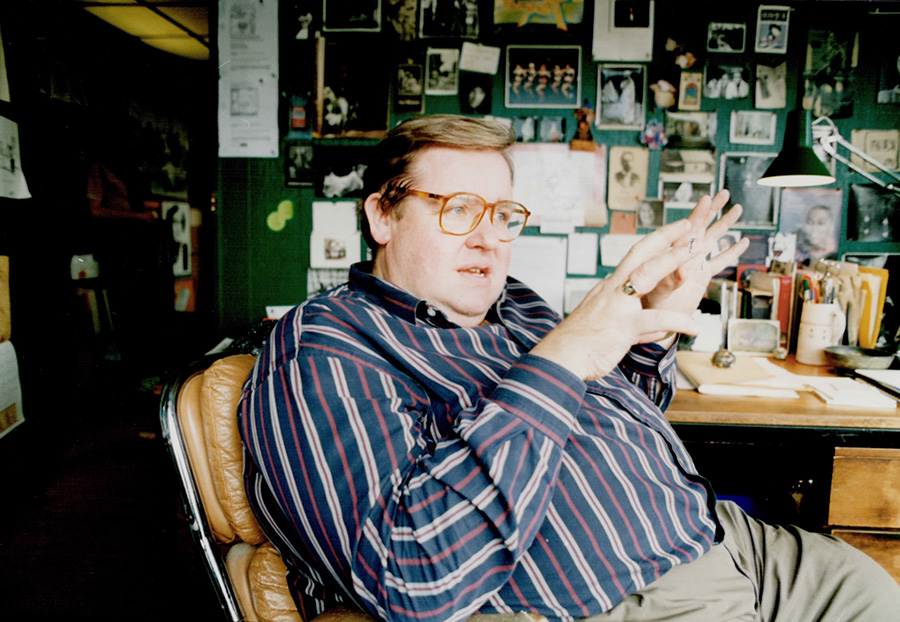 Theatre critic and director born in Tallinn, Estonia in 1944, died in Toronto, Ontario, December 26, 2001. Urjo Kareda arrived in Canada in 1949 at the age of five and grew up in Toronto. He studied English literature at the University of Toronto, where he wrote theatre reviews for the Varsity newspaper. After completing his MA in 1967, he began doctoral studies at King's College, Cambridge, focusing on Chekhov and the Theatre of the Absurd. On his return to Toronto in 1970, he served as film critic for the Toronto Star, and then, at the age of twenty-eight, replaced Nathan Cohen in 1971 as theatre critic.

His theatre criticism for the Star helped to define the alternative and experimental theatre "movement" in the 1970s. According to Robin C. Whittaker, Kareda and a select group of newspaper critics across Canada "operating as cultural advocates, promoted Canadian theatre by training readers and audiences to understand how emergent artistic practices could speak to emergent cultural aspirations" (TRIC 35.2: 154).

He was hired as literary manager for the Stratford Festival (1975-80) by Robin Phillips, and briefly succeeded him as Artistic Director as one of the short-lived Gang of Four. (See Documents of Interest - A Stratford Tempest, December 6, 1980).

In 1982, at the invitation of Bill Glassco, he become Artistic Director for the Tarragon Theatre until his death in 2001. He was a indefatigable reader of scripts submitted to the Tarragon, responding to 300-500 a year with encouraging comments.

A committed advocate of Canadian theatre, Urjo Kareda championed the career of Judith Thompson and wrote the introduction for an anthology of her works that includes her first, The Crackwalker. Through Tarragon playwrights programs and productions, he supported the work of Joan MacLeod, Morris Panych, Guillermo Verdecchia, John Murrell, Morwyn Brebner, David French, Don Hannah, Michael Healey and many others.

His preference for stage naturalism and psychological realism shaped a Tarragon aesthetic that influenced the productions of many Canadian regional theatres from the 1970s to the present. He believed that "because theatrical naturalism inevitably holds an incomplete mirror up to life, because it presents a heightened and juggled reality, its final effect is acutely poetic and impressionistic. The naturalistic details acquire depth, beauty and resonance" (quoted in Whittaker 153). Playwriting and production require both intelligence and emotion.

He also occasionally served as critic and cultural commentator for Toronto's Globe and Mail.

In 2000 Kareda was awarded the Chalmers Award for Artistic Direction.

Denis Johnston. Up the Mainstream: The Rise of Toronto's Alternative Theatres 1968-1975. Toronto: University of Toronto Press, 1991.

Robin C. Whittaker. "The Professionalization of a Stage Naturalist, the Making of a Mythmaker: The Theatre Criticism of Urjo Kareda at the University of Toronto's Varsity Newspaper," Theatre Research in Canada 35.2 (Summer 2014): 151-168.