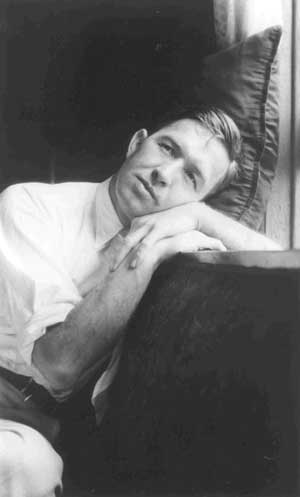 Playwright born in London, Ontario, January 19, 1903, died in Toronto, Ontario, 1991. He studied modern drama at Queen's University (Kingston, Ontario) and was utterly seduced by the new forms of drama of Europe which were actually a synthesis of several of the performing arts. He learned from Gordon Craig and Adolphe Appia the importance of lighting (which would figure prominently in the designs of his most important produced works). He was voracious in his reading, theatre-going and studies.

In 1928 he was appointed head of the English department of the Central High School of Commerce (Toronto); there he created his first work (with Lowie Warrener), Symphony which would reveal (as would later works) his love of the North.

Considered to be one of the most significant playwrights in the country prior to WWII, he was well ahead of his time, championing a form of theatre that was multimedia, combining artistic lighting effects, sprach-stimmung, music, dance and unusual sets. He called the form "Symphonic Expressionism." With his "Sarnia Idea" he also realized that theatre in Canada would have to be created by amateurs but still maintain the highest standards.

Inspired by the paintings of the Group of Seven, his works (Rocks and Earth Song, 1932, Hill-Land, 1934, Murder Pattern, 1936, Ascend As the Sun, 1942) captured the imagination of the artistic and theatrical community. In a review of the premiere of Hill-Land, The Globe wrote, "[it is] profoundly moving...a mood of exaltation is induced which is rare in the modern theatre." Voaden had a faithful following, but also had his critics. He was criticized for precisely the same reasons that he fascinated: his control over his works, which he directed, designed, and wrote (with weaknesses sometimes glaring in one or another aspect). It is because of this, too, that the works on the page do not evoke the same kind of excitement as the produced premieres; parts of the total creative process are missing (and must be imagined).

He wrote his last dramatic work, a celebration of the life of the "eighth member of the Group of Seven" called Emily Carr: A Stage Biography With Pictures, in 1960. It was dissimilar from the rest of his canon as it was far more realistic.

The Herman Voaden Papers are located at York University. An archival collection on this subject is also available at the Toronto Reference Library.

As per his wish to encourage Canadian playwriting, the Estate of Herman Voaden endowed the biennial Herman Voaden National Playwriting Competition at Queen's University in 1993. The first competition was held in 1997, with over one hundred plays submitted.