Metis/Ojibway playwright and author Ian Ross was born in McCreary, Manitoba in 1968 and currently lives in Winnipeg, Manitoba. He graduated from the University of Manitoba with a Bachelor of Arts degree in Film and Theatre.

Ian Ross has written for theatre, film, television and radio. His play fareWel is a dark comedy about First Nations life on the fictional Partridge Crop Reserve. The Chief is in Las Vegas, the band is in receivership and there is a move on to unilaterally declare self government. When the welfare cheques go missing, the people of the reserve, in particular the women, make an attempt to take control of their lives. FareWel premiered at Prairie Theatre Exchange in 1996, and was remounted at PTE in 1998 (dir. Allen MacInnis) before touring First Nations communities in northern Manitoba. A national tour included productions at the Great Canadian Theatre Company in Ottawa, the Factory Theatre in Toronto (dir. Ken Gass) and Firehall Arts Centre in Vancouver. The PTE production of fareWel was invited to the Edinburgh Fringe Festival in 2001. The text was published by Scirocco 1997.

The Gap premiered at PTE in 2001. It portrays a love relationship between an Indigenous man and a French woman set against the backdrop of a flood.

For the grand opening of the John J. Conklin Theatre at the University of Manitoba in March 2016, Ian Ross was commissioned to write a new play, entitled Doubtful House, about the construction of a Hudson's Bay Fort which was not expected to survive. It was directed by retired theatre professor Chris Johnson, who taught Ross in the 1990s. The play is set an area along the west shore of Lake Manitoba, where Ross spent part of his childhood. It depicts the love relationship of a man from the community and a recently arrived woman from England during the 1930s.

The Third Colour premiered at Prairie Theatre Exchange in October 2019. "This absurdist dramedy brilliantly traces the history of Canada from pre-settlers to current day, through the eyes of two spirits in the shape of Indigenous women, played by Tracey Nepinak and Kathleen MacLean. Together they weave stories of what was past and what will come, of tradition and change that cannot be stopped. Drawing from the Indigenous tradition of oral history and symbolic story-telling, the two beings grapple with opposing views of how the Indigenous/settler relationship got to where we are now -- and what needs to be done to move forward" (PTE website). 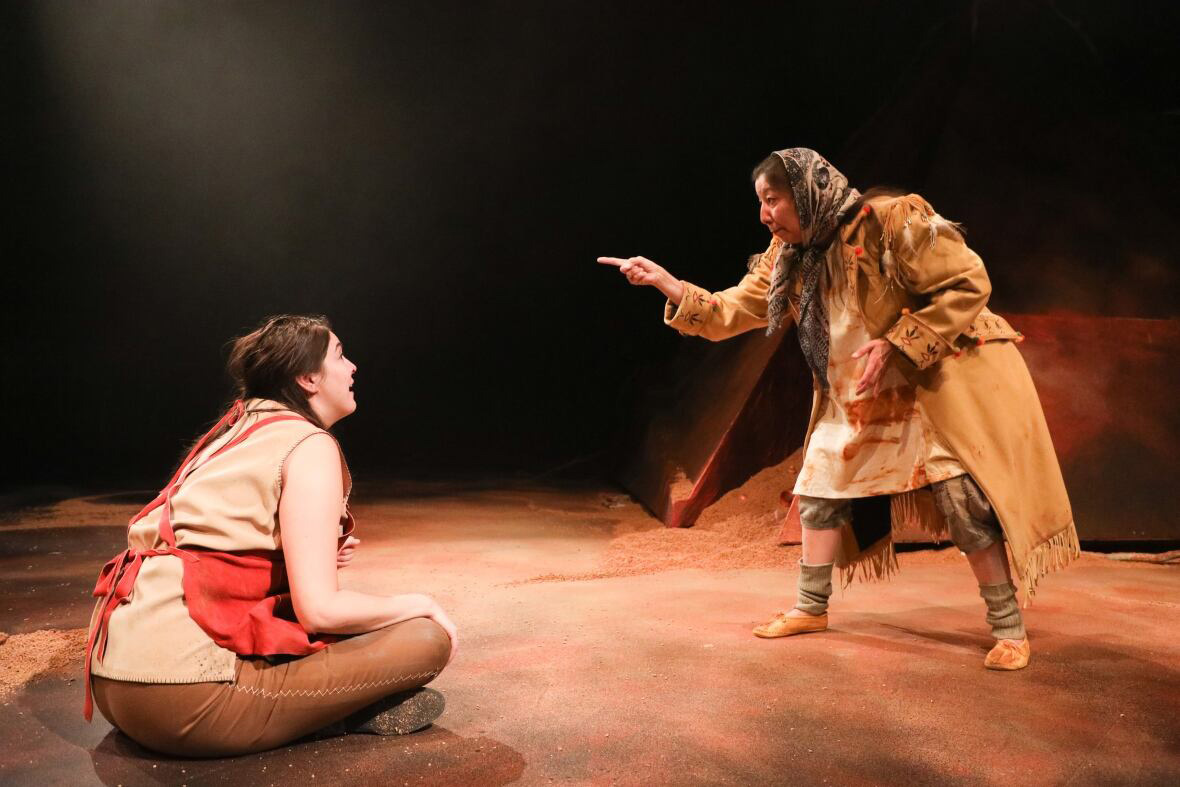 Ross's play "Heart of a Distant Tribe" was published in the Manitoba anthology A Map of the Senses: 20 Years of Manitoba Plays, edited by Rory Runnells (Scirocco).

The text of his satiric "Joe from Winnipeg" commentaries for CBC radio and television has also been published by Scirocco (1998). Everyman Joe shares thoughts on the federal budget, Christmas cake, the stock market, grammar, Native land claims, art, the Manitoba flood, and the 'Lympics. Joe's ruminations continue in The Book of Joe (Scirocco 1999).

Ian Ross has been awarded the John Hirsch Award for Most Promising Manitoba Writer (1996), the Governor Generals Award for Drama (1997) for fareWel, and the James Buller Award (1999).

He was chosen by Manitoba Theatre Centre to lead the 2021/22 Pimootayowin Creators Circle for Indigenous artists, which supports the creation and development of new plays by Manitoba-based Indigenous artists. Pimootayowin is an Anishinaabemowin word meaning Journey, chosen by Ross: The creation of new art is often described as a journey, so too, our lives. In any journey, we often dont know what lies ahead but we can emerge enriched by them. I look forward to mentoring talented creators who have fascinating, relevant stories to tell (MTC website).