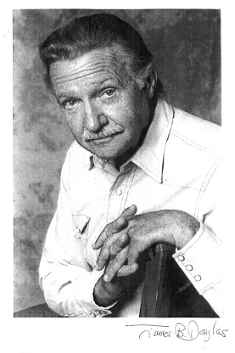 Stage, screen and television actor, director/producer, and dramaturge, born in Cape Town, South Africa in 1929, died December 29, 2009 at the age of 81. He was educated at Upper Canada College, and at Amherst College in the United States, and studied theatre at the Bristol Old Vic. His early career began at the Bristol Old Vic, and in London's West End, with extensive touring throughout the UK.

James B. Douglas played over 150 major roles in Canada, Britain, and the United States. Highlights include Bitos in Poor Bitos (Center Theater Group, Los Angeles), Vershinin in The Three Sisters (St. Lawrence Centre, Toronto), Sir Toby Belch in Twelfth Night (Old Globe Theater, San Diego), Paris in Troilus and Cressida and Antipholus in Comedy of Errors (Stratford Festival), Polo in A Hatful of Rain (Princes Theatre, London), and Pvt. Bamforth in The Long and The Short and the Tall (Montreal, Toronto and New York)- his favorite role.

He also played roles in many Hollywood movies, including the leading role in the Oscar-nominated film After the Axe, and Col. Merrill in the original M.A.S.H. (1970).

His Canadian film and television credits include starring in The Drylanders with Frances Hyland and Road to Avonlea with Faye Dunnaway (1995); A People's History of Canada; and The Hair Cut (Bravo). His also appeared in the hit Canadian comedy, Men with Brooms.

He became Artistic Director of the Gryphon Theatre in 1984, where he premiered many new plays and musicals. War Brides: A Musical premiered at Theatre Orangeville, toured, and played six weeks at the Neptune Theatre in Halifax. He also directed and produced his own adaptation of W.O. Mitchell's Jake and the Kid at Theatre Orangeville. A passionate advocate of Canadian theatre, he was one of three founding members of Tarragon Theatre. 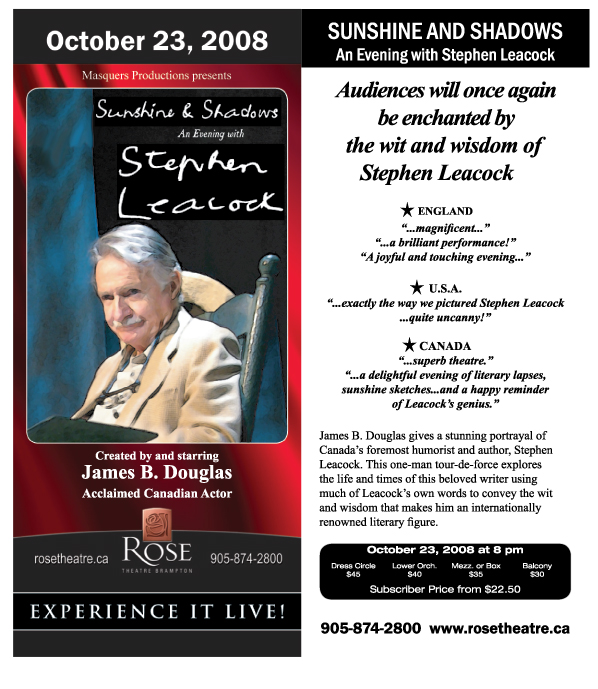 For several years, he toured his solo performance as Stephen Leacock in Sunshine and Shadows, which he created, playing in England, the United States, and Canada, and including an open air performance in the Leacock Museum on Old Brewery Bay, Ontario.