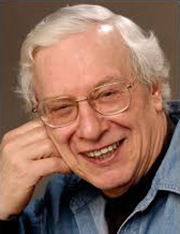 He studied toward his doctorate in Australia, where he was a Commonwealth Scholar at the Australian National University from 1963 to 1966, and an active member of the Canberra Repertory Society. He returned to Canberra in 1986 to direct I'll Be Back Before Midnight by Peter Colley, and Sinners by Norm Foster.

From 1978-83, Learning was head of the theatre section for the Canada Council. He co-wrote several plays with Alden Nowlan including The Dollar Woman (premiered at TNB, 1977).

He has an honourary doctorate from the University of New Brunswick. In 2018 he was inducted into the Order of New Brunswick; and in 2019 into the Order of Canada. "Throughout his illustrious life, Mr. Learning worked tirelessly to promote the value of professional theatre for New Brunswickers. He believed it was every New Brunswickers birthright to have access to a rich and varied cultural life. His depth of character and unwavering conviction are an inspiration to us all" (Tim Yerxa, Executive Director of Fredericton Playhouse).