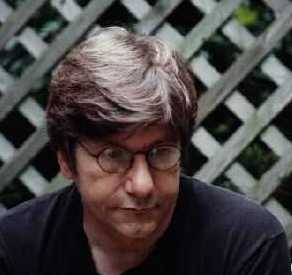 Ontario-based playwright born in Liverpool, England, December 13, 1948. He came to Canada in 1952 and was raised in Oshawa, Ontario, and then Lorraine, Quebec.

A high-school dropout, he had an eventful adolescence and early adulthood, addicted for much of it to heroin and then alcohol. His experience during this time - including three marriages - fueled his later work (and is particularly evident in the brilliant Something Red (New Play Centre - now Playwrights Theatre Centre, 1978, subsequently performed at Tarragon Theatre, directed by Guy Sprung).

His plays are fiercely funny, brutally honest, bold and unapologetic. The scenarios typically portray sex and violence, which he believes to be the main motivators in life. Critic Jerry Wasserman has called him "Canadian theatre's chief chronicler of the dark underside of Canadian urban life."

He has also published three novels and two books of poetry, and wrote the screenplay for Jerry Ciccoritti's film Paris, France (1993).

In the "Afterward" to The Jones Boy, a play about dealing with heroine addiction, he states that "the artist should be, by definition, an enemy of the state": "I think anyone with any intelligence has got to disagree with the entire system. What is wrong is not what the government thinks is wrong. I think that as an artist you should be able to say that. As an artist, you're not trying to be patriotic. The person who works in the Dairy Queen is not in a position to have an effect. But a person who's in a community of creative people has opportunity, has power" (quoted from The Work, eds Robert Wallace and Cynthia Zimmerman. Toronto: Coach House, 1982. 77).