Community theatre located in the heart of the historic Old Strathcona district in Edmonton Alberta. The Varscona was constructed from the 1950s Fire hall #6 in 1982, and initially named Chinook Theatre. It was renamed the Varscona in 1996, after Edmonton's original Varscona Theatre, a 1940s art deco movie theatre located on Whyte Avenue and 109 Street, which was demolished in 1987. In 2015, the theatre underwent an extensive $7.5 million rebuild, adding a large foyer, backstage space, large rehearsal area off the lobby, a large stage which is no more than four feet from the audience, and raked seating for 200 patrons, while retaining three brick interior walls, and the iconic sixty-foot fire station hose tower. 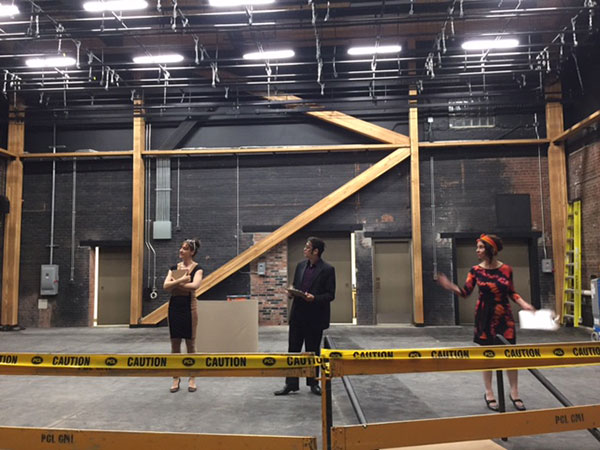 The Varscona Theatre operates year round under the management of a consortium of small theatre companies, including Shadow Theatre, Teatro la Quindicina, and Die-Nasty: The Live Improvised Soap Opera. As of October 2021, the Executive Director is Kendra Connor.

It is a venue for Shadow, Teatro La Quindicina, Die-Nasty, The Plain Janes, Kill Your Television, Bright Young Things, and Northern Light Theatre, amongst other theatre companies. It was the original theatre space for the Edmonton International Fringe Theatre Festival, and every August continues to host groups including The Plain Janes, Guys in Disguise, Edmonton Actors Theatre, Caution: May Contain Nuts, Panties Productions, Pony Productions, Kill Your Television, and Chorus Productions. Annually, the theatre provides 300 diverse cultural performances, playing to over 30,000 audience members.

Many Alberta playwrights have launched their works at the Varscona, including Stewart Lemoine, David Belke, Belinda Cornish, Cathleen Rootsaert, and Doug Curtis.