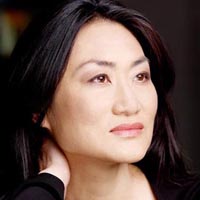 Playwright, actor, director, and dramaturge of Korean descent, born in Illinois in 1962, and raised in Toronto Ontario. She has lived and worked in Vancouver, Edmonton, Yanji City and Harbin City in Northeastern China, and currently lives in Toronto. She began her theatre career in 1981, quit in frustration over the lack of opportunities for Asian Canadians, and returned to the scene ten years later as an advocate at Theatre Ontario, and as co-artistic director of Cahoots Theatre Projects from 1992-94. In 1995, she started her own group called Loud Mouth Asian Babes, for which she wrote and produced plays characterized by aggressively irreverent humour, such as Sliding for Home and Borders (Fringe Festival of Toronto 1995) which comment on the Korean diaspora.

As a playwright she is best known as the creator of the The Yoko Ono Project, a multi-media performance art comedy about Ono, her art, and her impact (Theatre Passe Muraille 2000, Firehall Arts Centre in Vancouver 2003), which earned a Dora Mavor Moore Award nomination and a Jessie Richardson Award. Other works include: Spite (SummerWorks 2000); Yes Yoko Solo (a solo adaptation of The Yoko Ono Project (Art Gallery of Ontario 2002); Hongbu & Nolbu: The Tale of the Magic Pumpkins, an adaptation of a Korean folktale (Lorraine Kimsa Theatre for Young People (now Young Peoples Theatre 2005).

She has acted extensively on film and television, including the CBC mini-series Dragon Boys, The Time Travellers Wife, Being Erica, and Kim's Convenience, a series based on the play by Ins Choi. She has also acted in the Korean American Indie feature, The Wedding Palace (2010).

Jean Yoon is also a published poet, essayist, and mother.