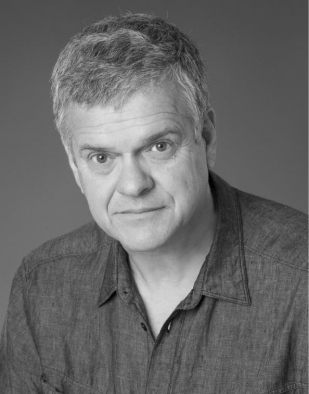 Daniel Gadouas was born October 1, 1947 in Montreal, the son of actors Robert Gadouas and Marjolaine Hébert, and a magnificent actor in his own right.

He began acting at the age of twelve on television, and has since performed extensively in film and television, most recently in Monsieur Lazgar (2011), a film adaptation of Bashir Lazhar by Évelyne de la Chenelière.

He distinguished himself early in his career on stage in the premiere of Marie-Claire Blais's L'Exécution and in the role of the boy in Peter Shaffer's Equus (opposite Jean-Louis Roux, Theatre du Nouveau Monde/TNM).

In 1999/2000 he mounted and performed in his own work about Arthur Rimbaud; and in summer, 2001 he performed in the Théâtre Hector-Charland (L'Assomption, Quebec) production of Neil Simon's Bonjour Broadway/Broadway Bound. In summer, 2002, he directed Eldorado Snack Bar in Mont-Tremblant, Quebec. In 2007, he returned to Théâtre la Licorne to perform in Avaler la mer et les poissons.