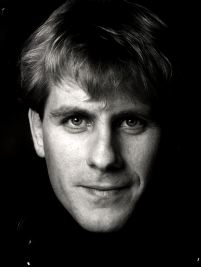 Actor for over thirty years, based in Guelph, Ontario. After training at Ryerson Theatre School (1979-82), and Banff Centre for the Arts (1980) John Devorski played in musical theatre on small and large theatre circuits, including leads in Cabaret and Godspell at Theatre Collingwood, in Annie Get Your Gun at the Sudbury Theatre Centre, and Guys and Dolls at Persephone Theatre. He acted at the Stratford Festival in Shakespeare's Hamlet (directed by David William), and Much Ado About Nothing (directed by Richard Monette), and performed the lead in the hit Carousel (directed by Brian MacDonald). He has also performed at Piggery Theatre (Dads in Bondage).

John Devorski gave an exceptional performance in the goofy work Forever Plaid, and walked off with a Dora Mavor Moore Award in 1993 before continuing with the piece in a smash-hit national tour. He also appeared in the ill-fated Toronto mega-musical, Napoleon (directed by John Wood), in which he played Charles.

Devorski has also performed on television.