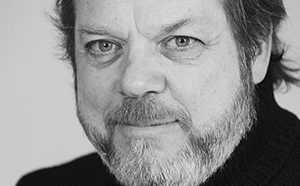 Quebec-based actor, born August 28, 1952 who has acted since 1974 in a wide variety of productions on stage, television, and film. He graduated from lÉcole nationale de théâtre (National Theatre School of Canada) in 1971.

Among the contemporary works in which he has performed are those of Michel Garneau, Roland Lepage, René-Daniel Dubois and Victor-Lévy Beaulieu.

He has also played in Marivaux, Shaw, Chekhov and Corneille and several times in the works of Shakespeare: Othello, La Mégère apprivoisée/The Taming of the Shrew, Le Roi Lear/King Lear and La Nuit des Rois/Twelfth Night.

Guy Nadon hypnotized the Montreal critical community and huge audiences with his 1995 performance in the title role of Rostand's Cyrano de Bergerac (Théâtre du Nouveau Monde). He won the award for best actor at the 1996 Masques Awards for this performance. More recently, he performed in Pop-Corn by Ben Elton for Just For Laughs. In 2011, he played in the new and controversial political play, Toxique by Greg MacArthur at Théâtre dAujourdhui.

In 2010, he was inducted into the Order of Canada.