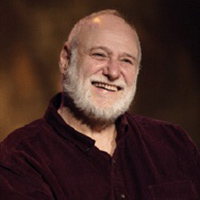 Multi-talented playwright, poet, translator, and singer, born in Montreal, Quebec April 25, 1939. He left school at the age of 14 and is largely self-educated. At the age of 15, he began working in radio. During the 1950s and 60s, he was a programme host for Radio-Canada. His theatre training was at the school of the Théâtre du Nouveau Monde and at the Conservatoire d'art dramatique de Montréal.

Michel Garneau has written over 50 plays for the theatre. His translations, particularly of Shakespeare employ colloquial French and even joual; they remain very popular and continue to be performed, internationally, particularly under Robert Lepage's direction. His book of poetry, Poésies complètes was published in 1988.

Translations include: Shakespeare's The Tempest, Macbeth, and Coriolanus; Lorca's The House of Bernarda Alba; and Orton's What the Butler Saw.