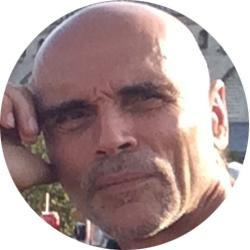 Quebec-based playwright/translator, born 1954. He is a 1978 graduate of the National Theatre School of Canada's acting division.

René Gingras worked in theatre, television and film and began to translate works. He has since written for the three media while teaching writing.

His first play, Syncope (translated into English as Breaks by Linda Gaboriau), won the Governor Generals Award after being refused by several theatres.