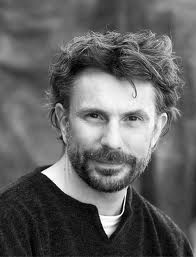 Actor, director, and translator, and the founding Artistic Director of Volcano Theatre. He graduated from Mount Allison University with a science degree in biology, and acquired his theatre training in England at the University of London (MA in Theatre, specialty in Directing), in Germany (Directing apprenticeship, Stadttheater Freiburg), and in Canada (Banff Centre for the Arts).

He has taken Volcano Theatre productions across Canada and abroad, and brought back to Canada innovative theatre practice and projects. For Volcano he has directed over twenty productions, most recently, The Book of Life (September 2019), which he co-created with Nigerian playwright Odile Gakire. The work comprises letters from survivors and perpetrators of the Rwandan Genocide, attempting to bridge the gap between those departed and those left behind.

As an actor, he has appeared in film, television, radio, and in leading roles at over twenty theatres across Canada. Recent roles include Cardinal Barberini in Brechts Galileo (Wilma Theatre, Philadelphia), and Marcus in Brad Frasers Cold Meat Party (Factory Theatre).

He has translated three plays from German: Woyzeck (Volcano, 1993); The Third Land (Volcano 1994); and The Caucasian Chalk Circle (with Richard Greenblatt, Waterloo University, 2008).

He is the winner of a KM Hunter Award (for theatre), and a finalist for the Rita Davies and Margo Bindhardt Cultural Leadership Award (2009). He has been nominated for Dora Awards as both an actor and director (winning in the latter category); and for the Siminovitch Prize in Theatre.

Ross Manson has been described as "one of the most vibrant, inspired and hard-working people in Torontos performing arts community." He has been a forceful advocate for the arts, founding the innovative Go7 Arts Pass and co-founding The Wrecking Ball, an on-line political arts blog. He is also a social activist, running a housing list of sublets and short-term rentals for itinerant actors in Toronto.