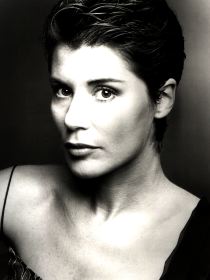 Ontario-based actor born in 1958, who has had a successful career in television, film and on stage. The daughter of Dutch immigrants, Sonja Smits grew up on a dairy farm near Ottawa, and studied at Ryerson theatre school, leaving to act in summer stock in Quebec City and in theatre across Canada. She then moved to television and film acting in Canada and the US, and is still perhaps best known for her starring role in the CBC series, Street Legal (1986-1992). She also played major roles in the series Traders (1996-2000), and The Eleventh Hour (2002-2005). Smits was the 2004 recipient of ACTRA Toronto's Award of Excellence.