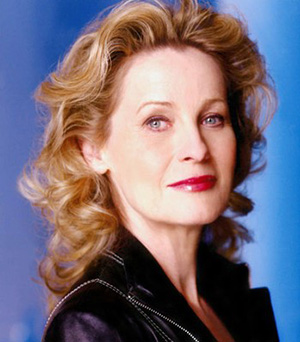 Talented actress, director, and educator, born in 1953, who has excelled in a wide range of roles on theatre, film, and television. Kate Trotter was raised on a farm north of Toronto and studied theatre at the National Theatre School of Canada in Montreal. She is currently based in Ontario.

Trotter has performed lead roles in many of the country's important venues, including Blyth Festival (Katie in Quiet in the Land; Theatre Calgary (Of Mice and Men, The Tempest, The Real Thing, Doc 1984); Centaur Theatre (Waiting for the Parade);Tarragon Theatre (Top Girls, The Father, both of which garnered her a Dora Mavor Moore Award nomination); Toronto Free Theatre (The Grace of Mary Traverse, Translations-for which she won the Dora Mavor Moore Award); National Arts Centre (You Can't Take it With You); Shaw Festival (Ann Whitfield in Man and Superman); Stratford Festival (Medea 2000, Hermione in A Winter's Tale 2007, Romeo and Juliet); Theatre Plus (Summer and Smoke, Hamlet, The Marriage of Figaro); the Grand Theatre, London (The Miracle Worker, Dancing at Lughnasa); Canadian Stage (Alan Ayckbourn's Communicating Doors 1999, The Elephant Man 2007).

Her performances are known for their grace and a rich, fascinating voice.

In the 1980s, she was married to Guy Sprung. She has one daughter, Kathleen.