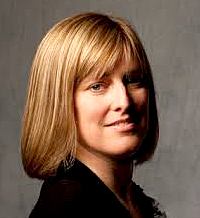 Victoria-based lighting designer, who has worked in theatre and opera for twenty years in Canada, the US and England.

Ereca Hassell has designed for the Shaw Festival for twelve seasons, notably productions of Major Barbara, Joy, Will Any Gentlemen, Mr. Cinders, The Unmentionables, A Conecticut Yankee, The Happy Breed, Hedda Gabler, Village Wooing, Ubu Rex and, in 1999, Getting Married and The Madras House. In 2001, she designed the company's production of Love From a Stranger.

She has also designed for the Stratford Festival (two seasons), Grand Theatre, London, Citadel Theatre, Manitoba Theatre Centre, Tarragon Theatre, Theatre New Brunswick, Canadian Stage (she won a Dora Mavor Moore Award for this company's production of Death and the Maiden), Theatre Plus and Vancouver Opera, among others.

For the Belfry Theatre, she has designed lighting for Anything that Moves, Glorious!, Unless, I Love You, Youre Perfect, Now Change, and the world premiere of Let Me Call You Sweetheart (2013) by Bruce Ruddell and Bill Henderson.

In 2015, she designed the lighting for Pacific Opera's production of an adaptation of Mary's Wedding.

Ereca Hassell is Director of Production and Artistic Administration at Pacific Opera, Victoria. She is married to Ivan Habel, Executive Director of Belfry Theatre.