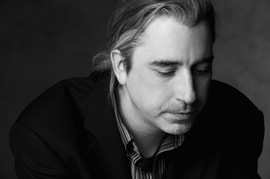 Director, dramaturg, actor and theatre creator, Jack Paterson was born in Vancouver British Columbia in 1974, and has worked across Canada. A graduate of Circle in the Square (NYC), he has performed with Arts Club Theatre, Chemainus Theatre, and was a regular performer in Savage Gods The Shakespeare Projects.

He played Hitler and Walt Disney in Mieko Ouchis The Blue Light (Firehall Arts Centre) and Scheffler in The Ugly One (Plan B Collective).

He was the founder of multi-award winning Mad Duck Theatre Collective, for which he adapted and directed Coriolanus, Shakespeares R&J, Titus Andronicus, Julius Caesar and The Tempest with Vancouvers first female Prospero. Other directing credits include The Hobbit and The Odyssey (Carousel Theatre), and Banana Boys by Leon Aureus (Firehall Arts Centre).

Paterson completed a series of Artistic Director Residencies with three companies: Playwrights' Workshop (Montreal), Theatre Conspiracy (BC) and the Magnetic North Theatre Festival (Ontario and Alberta). In 2018, he was appointed Artistic Producer of Ship's Company Theatre, and served for a year.

His work has been nominated for over twenty Jessie Richardson Awards including four for Outstanding Direction and two for Outstanding Production. He is the recipient of the Ray Michal Outstanding Body of Work by an Emerging Director Award.