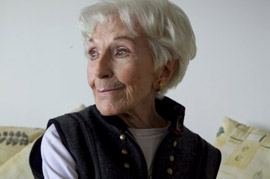 Janine Sutto worked in film, television, radio and theatre for nearly six decades since making her début at the Arcade in 1940. She went on to perform with the Montreal Repertory Theatre.

She was one of the original actors with the ensemble of the Théâtre du Nouveau Monde/TNM. She also performed frequently with the Comédie-Canadienne (notably in the premiere of Marcel Dubé's Les Beaux Dimanches), Équipe (which she co-founded) and the Théâtre du Rideau Vert (notably in La Reine morte, 1958; Les amants terribles, 1964; Croque-monsieur, 1966; Le bal des voleurs, 1975; L'Impresario de smyrne, 1977; Accapulco madame, 1982 among others). 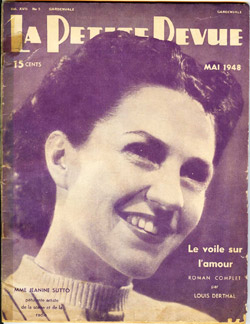 A favourite of Quebec audiences, Janine Sutto had a monumental presence even as she explored the fragility of the character she was playing. She was married to theatre personalities Pierre Dagenais and Henry Deyglun and was the mother of twins including actor Mireille Deyglun.