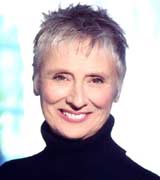 Veteran Ontario-based actor and director with more than forty years experience. Her father, Tommy Tweed, acted in CBC radio drama during its "Golden Age" in the 1940s.

Terry Tweed has appeared on television, film, radio, and in most of the major theatres across Canada in many notable productions, including The Farm Show and 1837: The Farmers Revolt (1974) at Theatre Passe Muraille (which opened up the possibilities of theatre for her); and in the premiere of David Fennario's Balconville. In February, 2000, she appeared in the Great Canadian Theatre Company production of Kimberley Orton's An Act of Ruth, and in GCTC's production of John Murrell's Faraway Nearby (February, 2001). In May 2001, she also played in the National Arts Centre production of All's Well That Ends Well. She returned to the NAC in 2012 for its production of Pride and Prejudice.

Her many directing credits include Salt-Water Moon, and Albertine, en cinq temps/Albertine in Five Times, a bilingual production for Théâtre du Trillium.

She has co-written two plays: Various Persons Named Kevin O'Brien, and On My Own Two Feet, both professionally produced.

She served on the Council of Canadian Actors' Equity Association for 18 years, including as President.

Her performances are marked by an intense but contained emotionalism; a sense that at any moment the character she is portraying may explode.