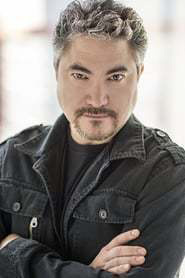 Playwright, actor and director, Kevin Loring is a Nlakapamux from the Lytton First Nation in British Columbia, born November 24, 1974. He studied theatre at Studio 58, Langara College.

In 2009, Loring won the Governor Generals Award for English Language Drama for his play, Where the Blood Mixes, which explores the devastating social and personal effects of the residential school system. A young Indigenous woman, who has been raised by a foster family after the suicide of her mother, returns home to Lytton during the salmon run to meet her father, who is lost in a shadowy pool of alcoholic pain and guilt (cover copy, Talonbooks, 2009); and they are finally reconciled. Where the Blood Mixes premiered in June, 2008 at Factory Theatre as part of Luminato, Torontos Festival of Arts and Creativity, with Ben Cardinal as Mooch, Margo Kane as June, Billy Merasty as Floyd, Tom McBeath as George, and Quelemia Sparrow as Christine. Musician/composer was Jason Burnstick, and director was Glynis Leyshon. It then played at the Magnetic North Theatre Festival, and toured nationally. In 2010 it was presented at the National Arts Centre, when Loring was serving as Playwright in Residence. In 2019, it was translated into French and directed by Charles Bender in a co-presentation with Zones Théâtrales festival in collaboration with Teesri Duniya Theatre at NAC.

Loring created the Songs of the Land project in 2012 in partnership with five separate organizations in his home community. The project explores 100-year-old audio recordings of songs and stories of the Nlakapamux People. Loring has written two new plays based on his work with the community including Battle of the Birds (Lytton River Festival, 2015), about domestic violence and power abuse, and The Boy Who Was Abandoned (Lytton, 2016), about youth and elder neglect.

His play, Thanks for Giving was short-listed for the 2019 Governor Generals Award. At a family Thanksgiving dinner, unsolicited painful truths are revealed, which open old wounds that collide with new realities. Sibling rivalry is stoked, but an enduring family spirit remains strong. It is published by Talonbooks.

The Pipeline Project, a verbatim play written and performed by Loring, Quelemia Sparrow, and Sebastien Archibald, investigates the history of Western Canada's petrochemical industry and its consequences on individuals and society. An indigenous yoga teacher and fast fashion consumer, an indigenous dude from a logging family who drives a monster SUV, and a white environmentalist and ageing hipster express their views on their dependence on oil, and the ways in which it has informed their habits and assumptions about race and class. They also worry about the environmental impact of pipelines and oil spills. The second act is framed as a "Talk Forward": for each performance a guest speaker invites the audience to participate in a discussion with the performers. The Pipeline Project is published in Canadian Theatre Review 182 (2020).

NAC Indigenous Theatre facilitated a livestream reading of Loring's latest play, Little Red Warrior and His Lawyer in January 2021, when theatres across Canada were closed during the Covid-19 pandemic. "Little Red Warrior is the last remaining member of the Little Red Warrior First Nation. One day, he discovers a development company has begun construction on his ancestral lands. In a fit of rage, Little Red attacks one of the engineers and is arrested for assault and trespassing on his own lands. In jail he meets his court-appointed lawyer, Larry, and they continue to fight for Little Reds Land Rights" (NAC Facebook). The reading was directed by the playwright. In March, 2022, when theatres reopened, it was presented live by Savage Society and the Belfry Theatre in association with NAC at the Cultch's York Theatre in Vancouver.

Loring was the first Artistic Director of the NAC Indigenous Theatre from 2017 to 2019.

He has served as the co-curator of the Talking Stick Festival, as Artist in Residence at the Vancouver Playhouse, as Artistic Director of the Savage Society in Vancouver, as a Documentary Producer of Canyon War: The Untold Story, and as the Project Leader/Creator, and Director of the Songs of the Land project in his home community of Lytton First Nation.

As an actor, he has performed in Michel Tremblay's Saint Carmen of the Main, George Ryga's The Ecstasy of Rita Joe, and as Edmund in a First Nations production of William Shakespeare's King Lear at the National Arts Centre in 2012 (dir. Peter Hinton). His television credits include Da Vinci's Inquest, Arctic Air and Health Nutz.