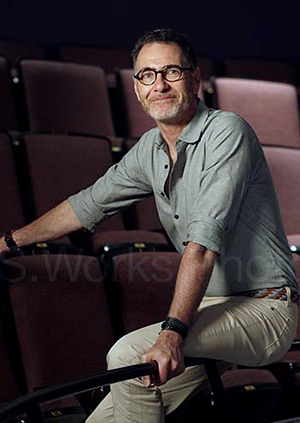 Director, writer and artistic director born in Toronto, Ontario, in 1955. He studied design at York University but dropped out to tour with the Shaw Festival as an apprentice stage manager.

While stage managing and then serving as assistant director at the Stratford Festival, he worked with John Hirsch whose approach would influence his subsequent work.

Shamata has served as Artistic Director at Theatre New Brunswick (1990-1995), where he directed, among other works, The Winter's Tale and the premiere of Norm Foster's The Affections of May); and at the Grand Theatre, London (1995-1999), where he directed A Christmas Carol.

He has also directed at Canadian Stage (Kiss of the Spider Woman, Benefactor). His production for the Canadian Stage of A Little Night Music won several Dora Mavor Moore Awards including outstanding production of a musical. For the Manitoba Theatre Centre, he directed Cabaret, and for Citadel Theatre he directed The Importance of Being Earnest.

He has adapted several works to the stage including Wind in the Willows, Great Expectations, A Christmas Carol and (with Paula Wing) The Secret Garden and Dracula. These have been performed across the country notably at Neptune Theatre, Young People's Theatre, Stephenville Festival, Theatre New Brunswick and Grand Theatre, London.

In August, 2001, he directed the well-received Canadian Stage in High Park production of The Tempest.

In 2007 Shamata was appointed Artistic Director of the Belfry Theatre in Victoria BC.