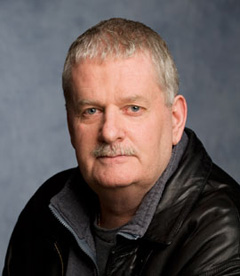 Actor born in Vancouver, British Columbia. He studied law at Simon Fraser University in the 1960s, participating in student activism, before beginning a career in theatre in 1968. Norman Browning has performed for in major theatres across the country with many of Canada's prominent players. Early in his professional career (1976), he played Nugget in Equus at the McPherson Playhouse, with David Fox as Dysart. Since then, he has performed in thirty-six productions for Arts Club Theatre (notably in Talking Dirty the longest running drama in the history of Canada), and eighteen for Vancouver Playhouse.

Since 1984, he has been in the acting ensemble at the Shaw Festival (23 seasons). For Shaw he has appeared in over forty productions, including: All My Sons and You Can't Take it With Your (both in 1999), Brothers in Arms, Mrs. Warren's Profession, The Seagull, An Ideal Husband, Cavalcade, The Unmentionables, Heartbreak House, One for the Pot, And Then There Were None, Arms and the Man, The Front Page, On the Rocks (2011), When We Are Married and Arms and the Man (both in 2014).

For Prairie Theatre Exchange, he played the doctor in David Hare's The Vertical Hour (2009), and for Belfry Theatre he played in David French's

He has won Vancouver's Jessie Richardson Award for best actor three times, and in 1992 the Vancouver Sun's People's Choice Award.

He has also appeared frequently in television, film and on radio.

He is married to the actor Laurie Paton, whom he met at the Shaw Festival. They live in Vancouver.