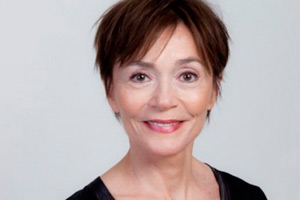 Critically respected Quebec-based actor, born October 23, 1947 in Quebec City. She studied at the National Theatre School of Canada, and has subsequently taught there.

A favourite of director Denis Marleau, Pasquier has acted in many of his productions, most recently in Les femmes savantes (2009-2010), Une fête pour Boris (2012), and Soifs Matérieux (2019). In 2019, she performed in Disparu.e.s (dir. René Richard Cyr (Théâtre Jean Duceppe).

She has also directed, notably Molière's Les femmes savantes at Théâtre du Trident in 1998, and the same play at TNM in 2012.

As is the case with most Quebec actors, Pasquier has performed extensively on television and in film.